14. The Precipice by Paul Doiron

First line/s:  "There is a sign at the southern entrance to the Hundred Mile Wilderness.  It is made of rust brown wood and painted with white letters, and it sends a stern and unmistakable warning to all who enter:" 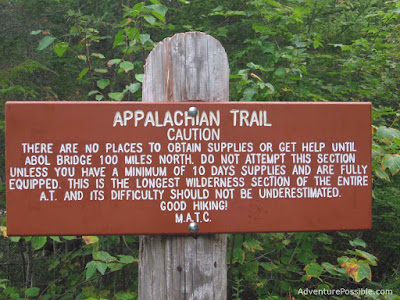 My comments:  Excellent mystery, wonderful setting, with all sorts of well-written description. The Appalachian Trail has always fascinated me, and Steve and I used to take many Sunday or weekend drives to the areas near the setting - Monson, Greenville, Dover-Foxcroft.  Love the area.
I'd forgotten how disconcerted I was last time I listened to one of these, because of the many mispronunciations the reader had.  I can't believe that these aren't corrected/edited - either by a thoughtful editor doing their job, or even the author.  Perhaps he's never listened to his works read aloud?  I think he'd be really annoyed!   Piscataquis, coyote, Bangor, Augusta, and even BOWDITCH are said wrong over and over and over again.  So frustrating for a Mainer to hear, yuck!  But, alas, not the author's fault, so I won't take ratings points off.
My only criticism about the story itself is that Stacy Stevens is so unlikable to me.  Ordinarily it wouldn't be a problem, but Mike seems to be head over heals in love with her.  Not my favorite part of the story.  She's pushy, egotistical, moody, and not nice enough not only to others, but to Mike, too.  He'll never see it, though.

Goodreads synopsis:  In this riveting new novel from Edgar finalist Paul Doiron, Bowditch joins a desperate search for two missing hikers as Maine wildlife officials deal with a frightening rash of coyote attacks.
When two young female hikers disappear in the Hundred Mile Wilderness—the most remote stretch along the entire two-thousand mile Appalachian Trail—Maine game warden Mike Bowditch joins the search to find them. The police interview everyone they can find who came in contact with the college students and learn that the women were lovers who had been keeping their relationship secret from their Evangelical parents in Georgia.          When two corpses are discovered—the bones picked clean by coyotes—rumors spread that the women were stalked and killed by the increasingly aggressive canines. Faced with a statewide panic, Maine’s governor places an emergency bounty on every dead coyote, and wildlife officials are tasked with collecting the carcasses.          Despite some misgivings, Bowditch does his grisly job. But he finds his complacency challenged by his new girlfriend, the brilliant but volatile biologist Stacey Stevens, who insists coyotes merely scavenged the bodies after the women were murdered. When Stacey herself disappears on the outskirts of the Hundred Mile Wilderness, Bowditch realizes that locating her means he must also discover the truth behind what happened to the two hikers. Were the young women really killed by coyotes or, as Stacey insisted, were they murdered by the most dangerous animal in the North Woods?
Posted by Chris at 9:22 PM