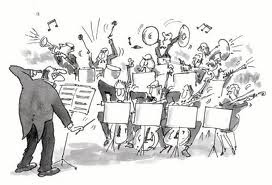 I am a word person. Give me a simile, a metaphor, alliteration, a snazzy verb and I'm happy. My friend, Sheila, loves the word flummoxed. Great word. The one I get a kick out of the most is cacophony. It's a word full of onomatopoeia, hard sounds, sounds that describe what it means. And every time I find it in a book or article I'm quite excited. Perhaps it's because a few years ago, when teaching 8th grade at Sonoran Science Academy, I had a dad come in to take issue with one of the words on the kids' weekly vocabulary list. He had never heard of cacophony and certainly never heard it used. Huh? So every time I see it, I can envision him standing on the other side of my desk smirking at me. So take this sir. I just found it again!

From The Lost Sisterhood by Anne Fortier
pg. 63


"A remarkable vaqriety of insects and birds was already anticipating sunrise with hectic rustling and all manner of shrieks and quawks, and beyond this cacophony of wildlife, from somewhere out there, came the steady, pulsing sound of the sea."

From Mercy Kill by Armstrong
pg. 127


"I ducked through the barbed wire and heard the sputtering engine of the ATV beneath the cacophony of crackling wood."

From Biting the Moon by Grimes
pgs. 6


"Their voices were like ladders of sound - up several notches, down a few, up and up again, and in that queer syncopated rhythm that might have sounded cacophonous to somebody else but sounded to her like harmony."

From Pray for Silence by Linda Castillo
pg. 173


"As I start toward the front door, the forest around me comes alive with a cacophony of rickets and frogs from the creek."

Also From Pray for Silence by Linda Castillo
pg. 2


"It was so quiet he could hear the cacophony of frogs from Wildcat Creek a quarter mile to the south."

From A Discovery of Witches by Harkness
pg. 371


"This remark earned me the sensation of my head splitting in two as a bloodcurdling shriek tore through the air.  A cacophony of horrifying sounds. followed.  They were so painful I sank to my knees and covered my head with my arms."

From Miss Peregrine's Home for Peculiar Children by Riggs
pg. 72


"Jet-lagged and exhausted, we went to sleep early - or rather we went to our beds and lay in them with pillows covering our heads to block out the thumping cacophony that issued through the floorboards, which grew so loud that at one point I thought surely the revelers had invaded my room."

From The Weird Sisters by Brown
Chapter 21, disc 9


"She slept poorly for months until it became part of her, until she had to listen consciously to hear the cacophony.  And now, back in the middle of nowhere, the silence seemed alien."


"The song continued for another thirty seconds, ending in a cacophony of feedback, followed by a thunderclap."

From Pandemonium by Oliver
pg. 303


"Walkie-talkies cackle around us - buzzing, a cacophony."

Also From Pandemonium by Oliver
pg. 216


"It teeters, teeters, and then falls; the pots spill everywhere, a cacophony of ringing and dinging metal."

From Dash and Lily's Book of Dares by Cohn & Levithan
pg. 44


"The theater was a cacophony of "wah wah" and "Mommy, I want..." and "NO1" and "Mine!"  I barely had a chance to pay attention to the movie, what with having Goldfish crackers and Cheerios thrown in my hair from the aisles behind me, watching Legos hurl through the air, and unsticking Great-aunt Ida's taps from the sippy cup liquid spillage on the floor."


"The air is cool and clean and filled with a cacophony of birdsong."

From The Expats by Pavone
pg. 20


"They settled at a brasserie table.  In the middle of the crowded leafy square, a ten-piece band -- teenagers -- and just struck up a cacophony."

From Let the Devil Sleep by John Verdon
pg. 222


"Listening to it became the price he willingly paid for listening to the cacophonous garbage he claimed to prefer."

From Dualed by Chapman
pg. 27


"The voices are louder here behind the house, an angry cacophony of sound."

From Hand of Evil by Jance
Disc 6, Track 7


"Again she became aware of the cacophony of sound."


"There was also the usual cacophony of street noise drifting up from below."

My fantastic 4th grade student, Berto, found this one:
In The New Kid on the Block by Jack Prelutsky
pg. 152  in the poem "Happy Birthday, Dear Dragon:


" Then they howled in cacophonous chorus,'HAPPY BIRTHDAY, DEAR DRAGON, TO YOU!"

From City of Ashes by Cassandra Clare
pg. 376


"Only now they stood in front of him, a cacophony of demons: the bone-white Raum that had attacked them at Luke's; Om demons with their green bodies, wide mouths and bodies, wide mouths and horns; the slinking black Kuri demons, spider demons with their eight pincer-tipped arms and the poison-dripping fangs that protruded from their eye sockets."

From Sepulchre by Kate Mosse
near the beginning of disc 1


"A group of at least nine or ten men leapt to their feet in a cacophony of whistling and booking and slow hand clapping."

From Orphan Train by Kline
9% in


"Despite the landlord's disapproval, the sweltering heat, the gloomy rooms, and the cacophony of strange noises, so unfamiliar to my country ears, I felt another swell of hope."


"As if someone has turned a crank in my back, I am propelled forward, on foot in front of the cther.  The cacophony of the station becomes a dull roar in my ears."


"A minor cacophony of clicks, hums, and groans starts the return of the power."

From Unseen by Slaughter
Disc 1, Track 14


"The morning rush had arrived.  The cacophony of beeping monitors and machinery had started to rev."

From The Narrows by Michael Connelly
disc 2


"The cacophony rising from the room assaulted her as she descended."

From The One by Cassandra Cass
near the end...


"Guttural shouts of pain filled the room adding to the cacophony of chairs screeching.  Bodies hitting walls, and the stampede of people trying to escape as fast as they could in their heels and suits."

From Chill of the Night by James Hayman
pg. 92


"The woman slumped.  Abby's brain exploded in a cacophony of Voices.  She screamed."


From After the Storm by Linda Castillo
Ch. 4


"A sound reaches me over the cacophony, a tiny cry, like the mewling of a kitten."

From In the Blood: A Genealogical Mystery by Steve Robinson
14% in


"Their guests continued to stream into the room, everyone gazing at the happy couple and adding their remarks to the cacophony of words that circled the room."


From Ready Player One:
Disc 4, about halfway through...on the way to Tubac!


"Behind me I could hear a cacophony of digital combat coming from dozens of other vintage arcade games."


From Gun Games by Faye Kellerman


"At 6:30 in the morning, Gabe sat at the bus stop, head in hand, cursing the hour and the singing birds, whose current cacophony was giving him a headache."


"Francoise heard the first notes, the cacophony of musicians practicing their sections and tuning up."


From The Leaving of Things by Jay Antani


"A cacophony of cheering and garba music from loudspeakers radiated from the athletic field - I saw a stage had been set up there overhung with a battery of lights and a garba was in progress before an audience of maybe 300, clapping to the dandiya rhythm."


From Age of Order by Julian North


"Sung noticed us, even while dashing around the kitchen.  "Four minutes," she declared before turning her attention back to the cacophony of pots, pans, fire, and smoke."


From Lost Girls by Angela Marsons


"The room erupted into a cacophony of screams and exhalations."


From Immoral by Brian Freeman


From Still Life by Louise Penny


"Faced with this cacophony of color, he couldn't remember what he had expected, but certainly not this."


From Openly Straight by Bill Konigsberg


"All around us families were unloading boxes and suitcases onto the sidewalk.  Guys were shaking hands and thumping fists like old friends.  It was a steamy day, and the huge oak tree near the front entrance was the only break from the hot sun.  A few parents sat on the grass there, watching the car to dorm caravan, cicadas buzzed and hissed, their invisible cacophony pressing into my inner ear." 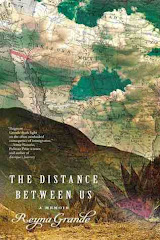 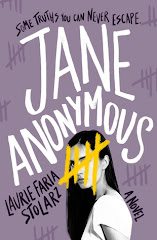