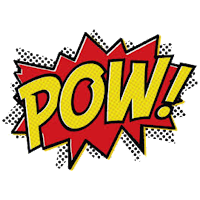 Alia's Mission - Mark Alan Stamatsy, 2004 (5) COMIC
Within a few fast-paced days, Alia and some helpers move 30,000 books from the Library in Basra, Iraq before it can be destroyed by war.

The Merchant of Venice - Gareth Hinds (based on the play by William Shakespeare) 2008 (2.5) COMIC

Mr. Mendoza's Paintbrush - Luis Alberto Urrea, 2010 (4.5) COMIC
Mr. Mendoza was the unwanted graffiti king of all Mexico.  His platform was social justice.  In beautiful handwriting he would comment on the sins of the world.

Saga: Volume 1 - Brian K. Vaughan, 2012 (2.5) COMIC
Two soldiers, Alana and Marko, soldiers from different warring entities, fall in love and are on the run, trying to protect their newborn.

Vanilla Ice Cream - Bob Graham, 2014 (4)
Following some food, a young sparrow takes refuge in a truck and travels through India.

My students love graphic novels. Love to see their enthusiasm for reading. :)