I was picking through my pile of ARCs from last May's BEA, realizing that I can't read them all in a timely manner, choosing what to take to school to share with my students. I'd never really looked at this one, so when I read the back cover I left the piles all over the living room floor and started to read. And kept reading.

17-year old Jill McTeague does not have a teenager's "normal" premenstrual cycle. Oh no. For four days each month, her body is mysteriously transformed into a boy's body. Jill was initially horrified and appalled by this transformation, but her mother took it one step further. PLAN B was created, a way for Jill to blot out her four-day transformation and be able to live the other 24 days of her month as a normal teenage girl with a combination of self-hypnotism and meditation. During the male-four-days, she/he never ventured from the house, and Jill's absence from school was explained away with vague monthly blood transfusions. But, by blotting out thoughts of herself as a boy for four days, her mind created Jack, I guess you'd call it an alter-ego, who was very much a boy. Horndog boy.

The story switches back and forth, month by month, between Jack and Jill.

Really interesting characters. Her best friend, Ramie, gorgeous and unusual, a crazy-fashion designer. Her crush, Tommy, bisexual and caring, a dream...and dreamy ...guy. Her mother, control-freak extraordinaire with a screw loose. Her father, a man with a story that would make a great book itself....a house-bound guru meditation yoga freak who has taken to living in their basement. And Jack and Jill.

Somewhere I read this was a "dark comedy of sex, gender, and sexuality." Yes, yes, and yes! FUNNY, very funny. Asking great gender questions. And it's full of sex, oh yes. Greatly written, very satisfying, I would consider McLaughlin a very clever storyteller, indeed. I had originally given this a 4.5 rating, but I'm going back and changing it to a five. Many facets, and I liked them all. I think I originally took that extra half point because of all the sex, I don't feel totally comfortable sharing the book with my students, though I know some of them would LOVE it. But the sex parts WERE important, well written, and .... fun.

The setting, a small town on the North Shore of Massachusetts, is pretty much where I was raised. I could see the streets, the people, the beach, the yacht club, the high school.

I've turned the cover over, looking between the front and the back at least a dozen times. How did I miss it before this weekend? Write on, Ms. McLaughlin!
Posted by Chris at 12:42 PM 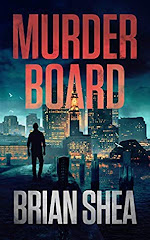 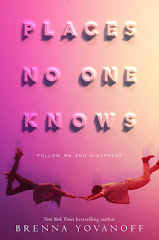 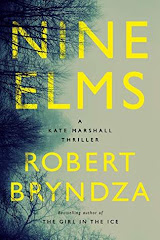